Member of Board of Directors 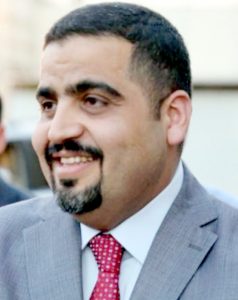 Jamal is considered as one of the best legal minds of current legal professionals in Iraq, he has worked in various governmental positions, he was Inspector General of Ministry of Justice in 2015, Director General in President’s office and Manager of Legal Department at Vice President Adel Abdul Mehdi office, he was also Advisor to the Legal Committee in CoR in 2006